Celebrate winter during the Yuletide Festival in The Lord of the Rings Online! 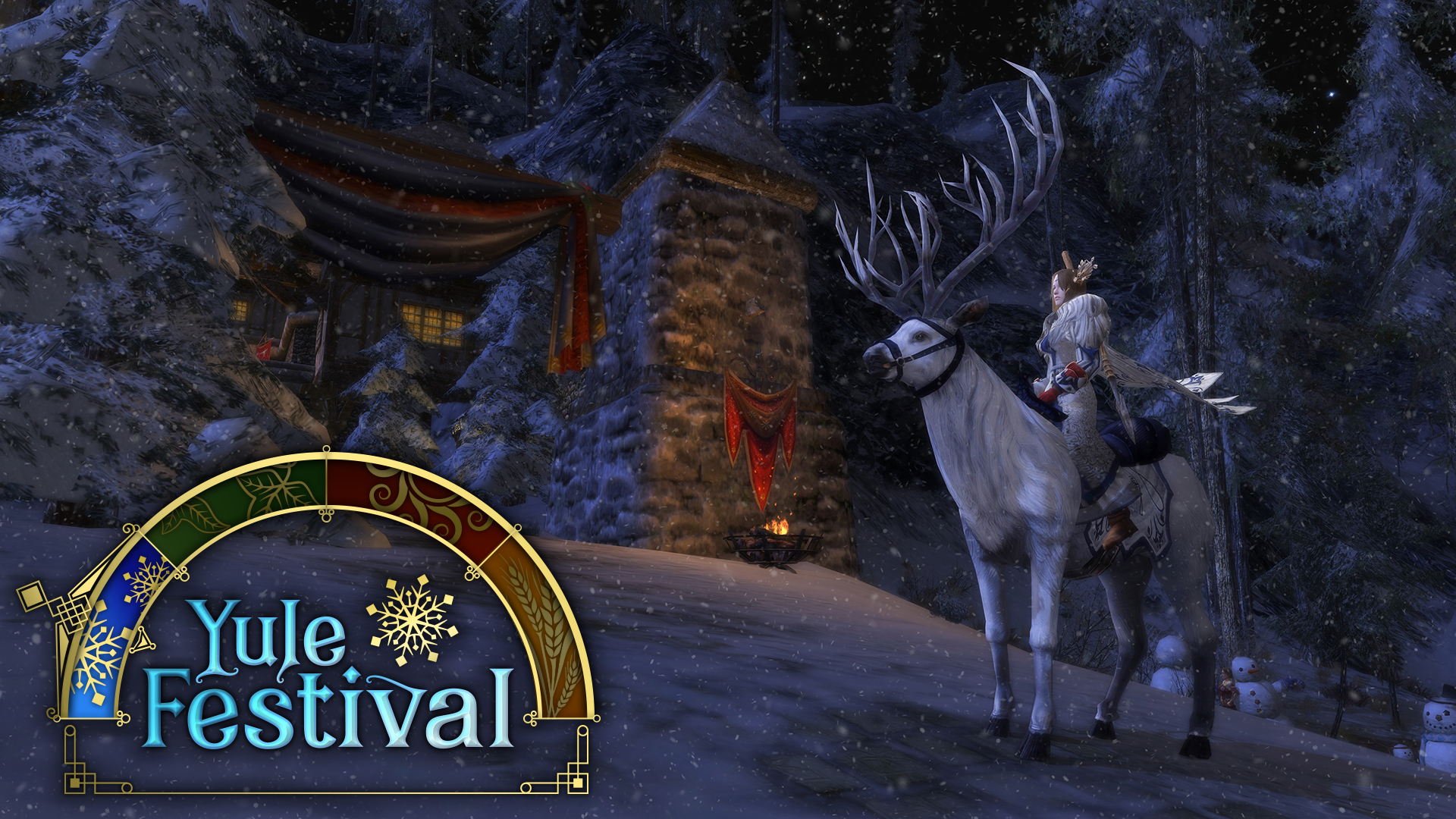 As the end of the year approaches and the weather turns cold, snowy players throughout Middle-earth gather for fun! Our annual Yuletide Festival features games, rewards, and other great ways to celebrate Winter!

How to get there:

When the Yuletide Festival is active, players will receive a quest upon login called “Yule Festival is Here!” that grants a map to the town of Winter-home, located in Frostbluff, where many of the festival's activities take place. Winter-home is not accessible directly by traveling through the main game world, but is instead accessed through stable-masters or maps. Players can get to Frostbluff by traveling there from a special stable master that appears near regular Stable-masters in West Bree. Michel Delving, Frerin's Court, and Celondim in addition to any maps to Winter-home they have acquired.

Once you get to Winter-home speak to Mara Sandydowns to pick up “A Fortune of Festive Spirit”, which then gives you your first wrapper quest “A Festive Flurry (Intro)”. Speak to Mara again and acquire “In the Spirit of Yule” and complete Yuletide Festival quests to finish it! NOTE: There are twenty days worth of Festive Flurry and Spirit of Yule participation quests, so plan accordingly!

Here are the locations for various Yuletide Festival quests and activities:

The Instance Finder can be located by pressing Shift+I inside of the game. 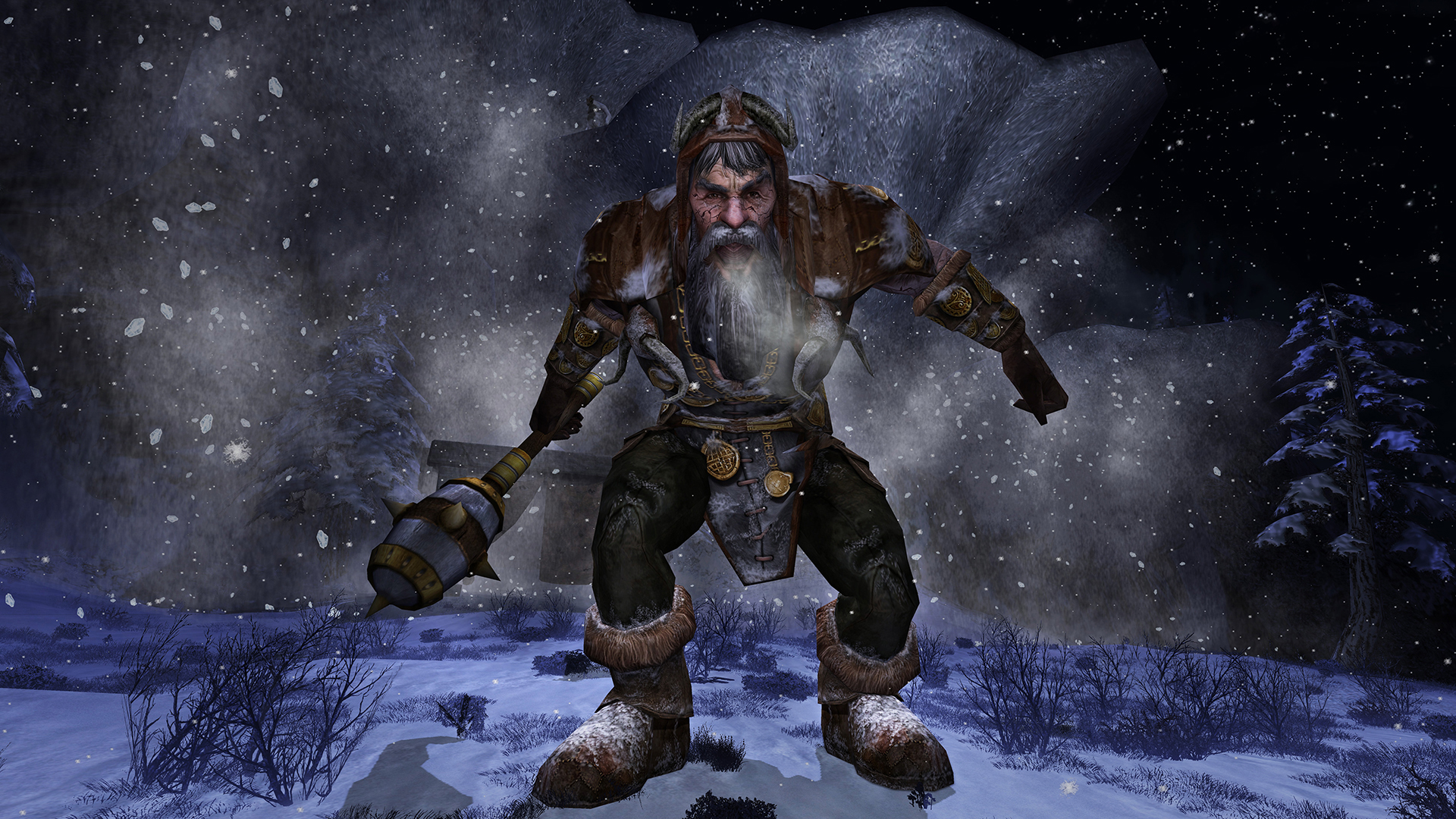 Winter-home and other locations offer dozens of quests which have you help Middle-earth celebrate the season! This is a celebration of eating, drinking, and being merry – but it's also the time for mischief! You'll collect firewood, gather supplies, restock ale, build snow-creatures, take part in a theatre production and more! You can even challenge friends to a snowball fight!

Completing quests during Yuletide will award you Yule Festival Tokens and completing the Instances award Festivity Tokens, both of which can be spent for great rewards! 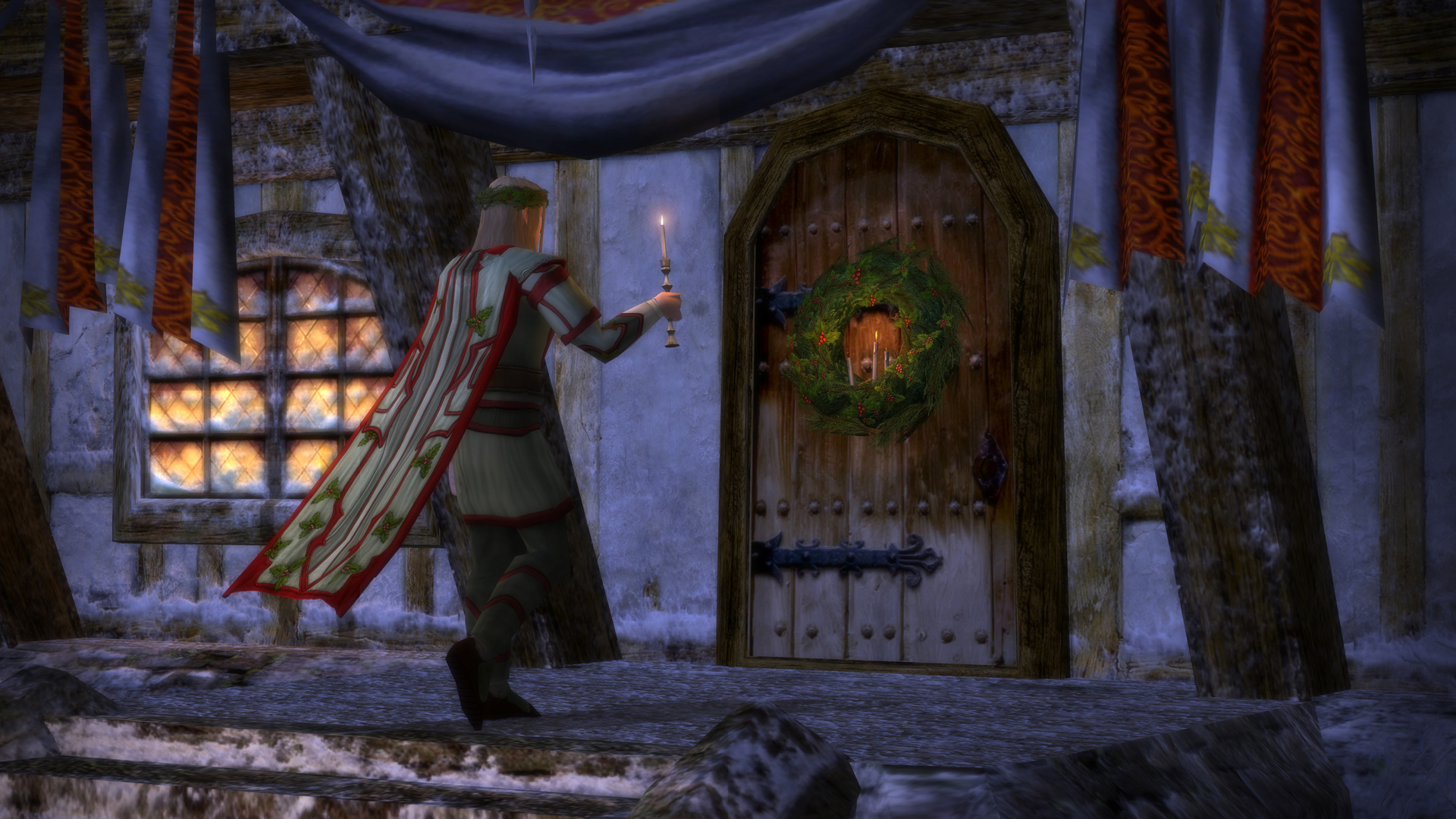 A note about the Frostbluff Theatre:

The GLOBE Theatre of Winter-home is a great way to either watch a showing of “Mad Baggins” or become an actor yourself! If you are an actor you will need to target the audience then perform the proper /emote when directed. If you are in the audience, you'll equip yourself with Flower Petals and Rotten Fruit from the Concessions Stand and either toss flowers if the actors /emote correctly, or fruit if they do not! Sticking around through the end of the performance is a must in order to get your Yule Festival Tokens.

A note about the Battle of the Snowballs:

This is a repeatable quest that runs for a few minutes and gives you the opportunity to pelt others in the field with snowballs! This event is only available when the NPC Cecil Voller is active outside of the snowball arena. When the quest ring is above Cecil's head, you can acquire the quest and then proceed into the arena until the fight is over.

Make sure to speak to Mara Sandydowns and acquire the quest “A Mission to Bring Good Cheer”, then run Missions throughout the game to complete the quest! There is also a Deed associated with this activity.

Golden Festival Tokens are a unique barter currency associated with the Yuletide Festival that can be acquired with seventy five Yule Fest Token or by completing a Deed called “The More the Merrier!” These tokens can be traded with Dawson Berwick in exchange for special cosmetics! 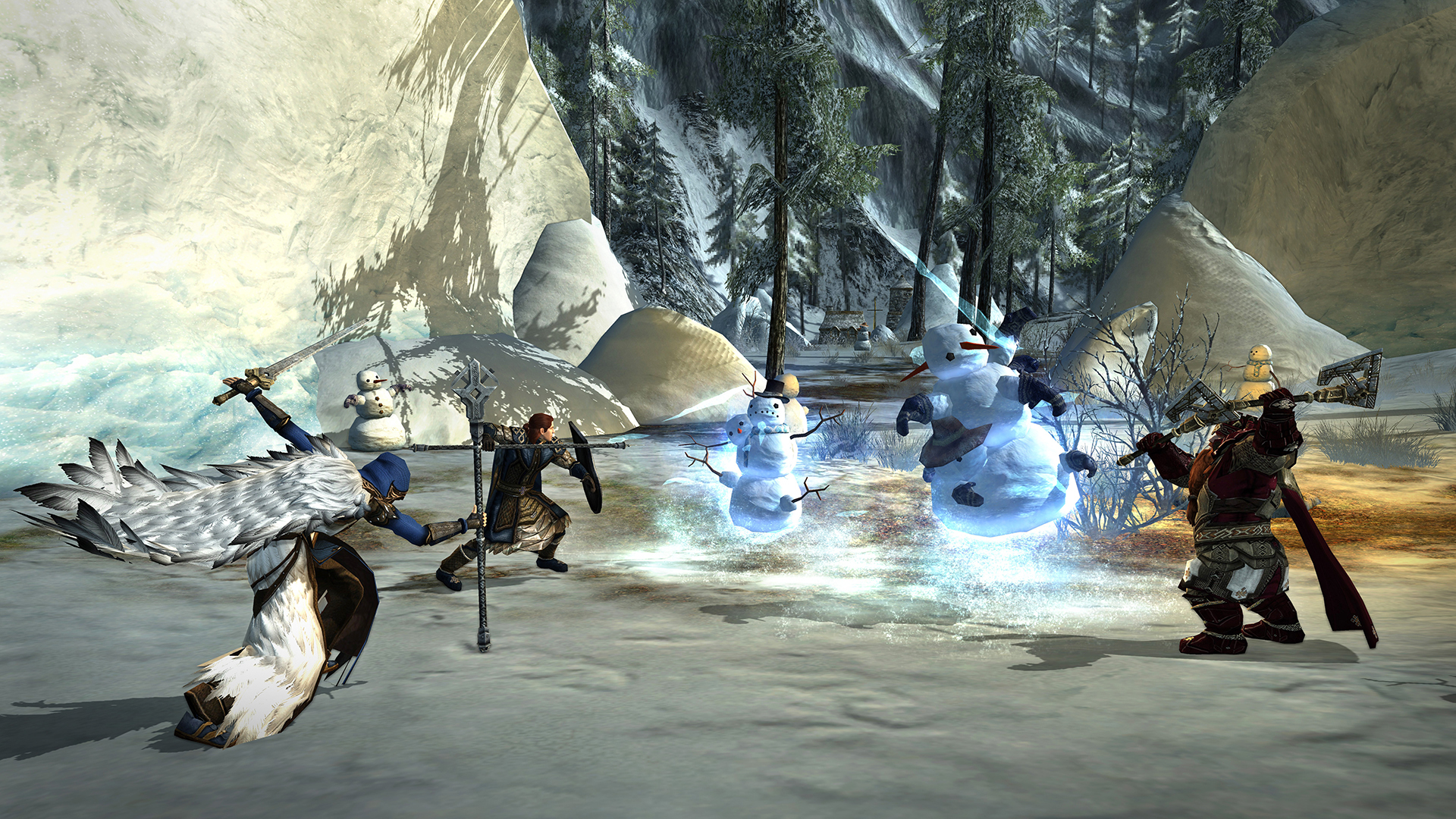 The Yuletide Festival is one of our longest-running festivals and offering numerous rewards every year! Cosmetic items, housing decorations, steeds and war-steeds, pets, outfits, kites, emotes, and more are available, with new items debuting most years and older items returning as well!

Additionally, during Yuletide, special Hobbit Gifts are available, including a new Training Snowman and Training Snow Dummy! The Storvâgûn instance also has updated item levels for its rewards.

All new rewards for the festival are available at Alex Grey under the "New Rewards" list. You do not have to complete the deed “The More the Merrier” in order to barter for new rewards. Older rewards are available from a variety of vendors, and the older steeds may require that you complete Yule Festival deeds in order to barter. You can find all these vendors near the Winter-home gate. Steed vendors are outside, with other vendors just inside. 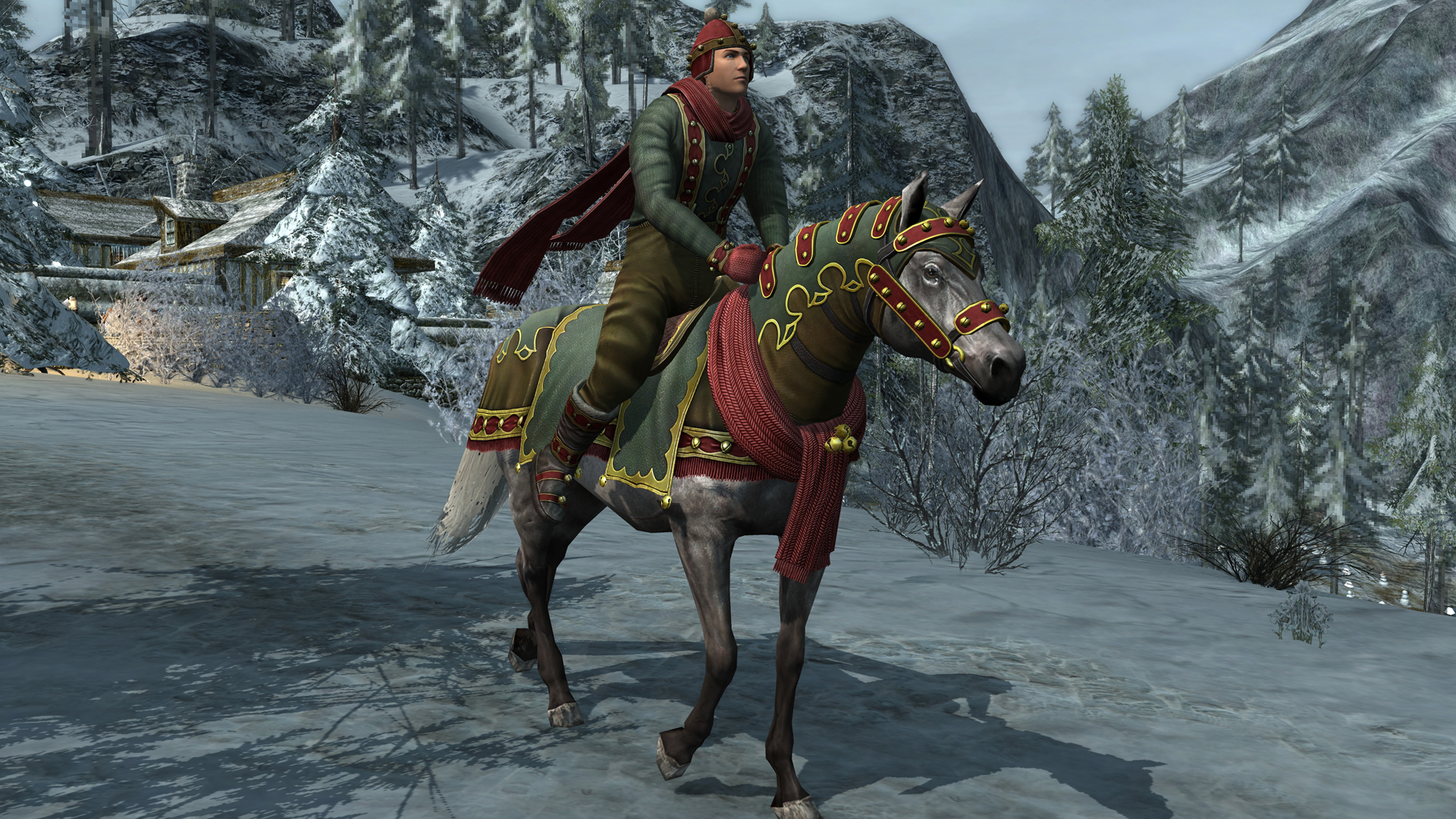 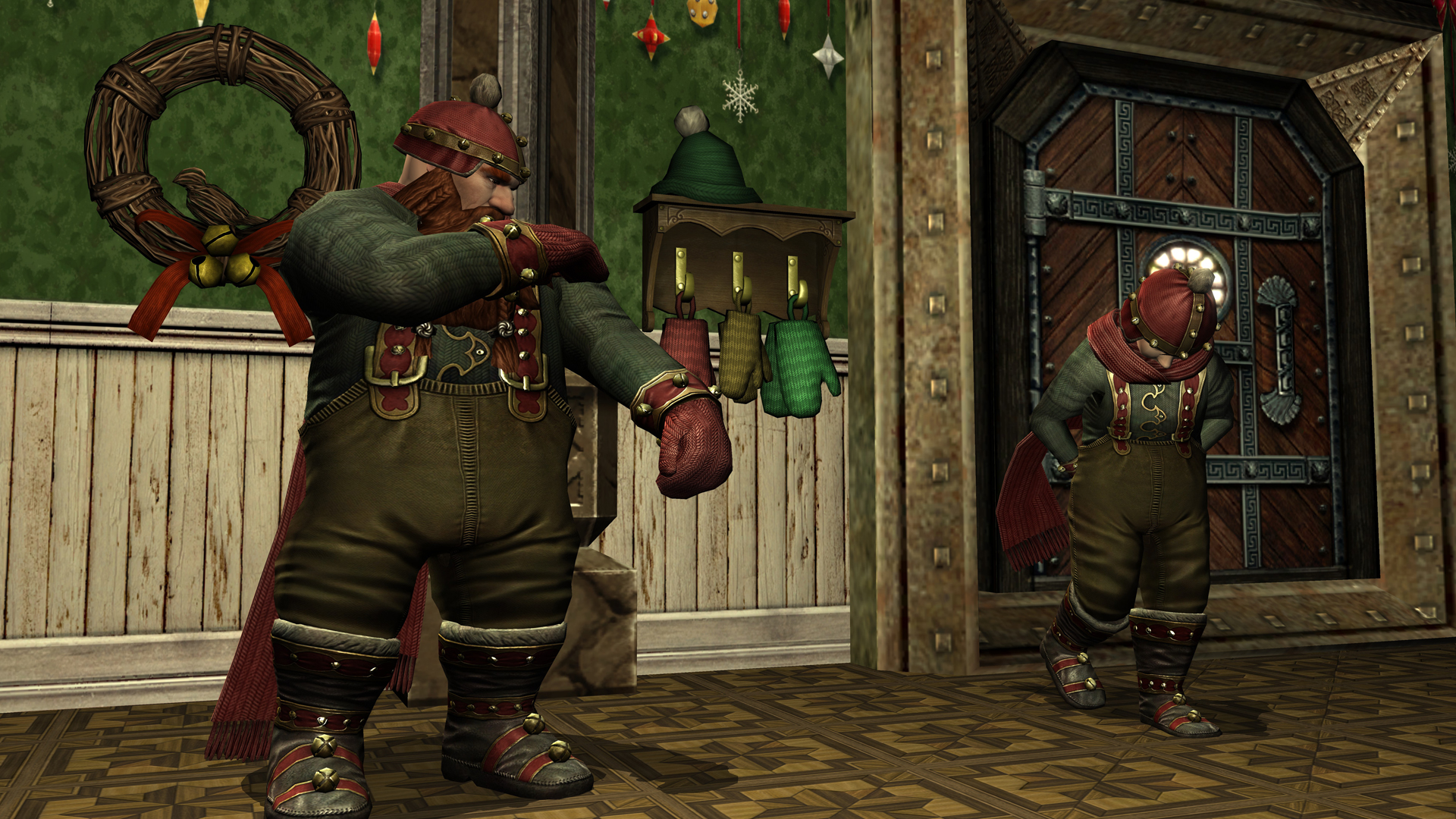 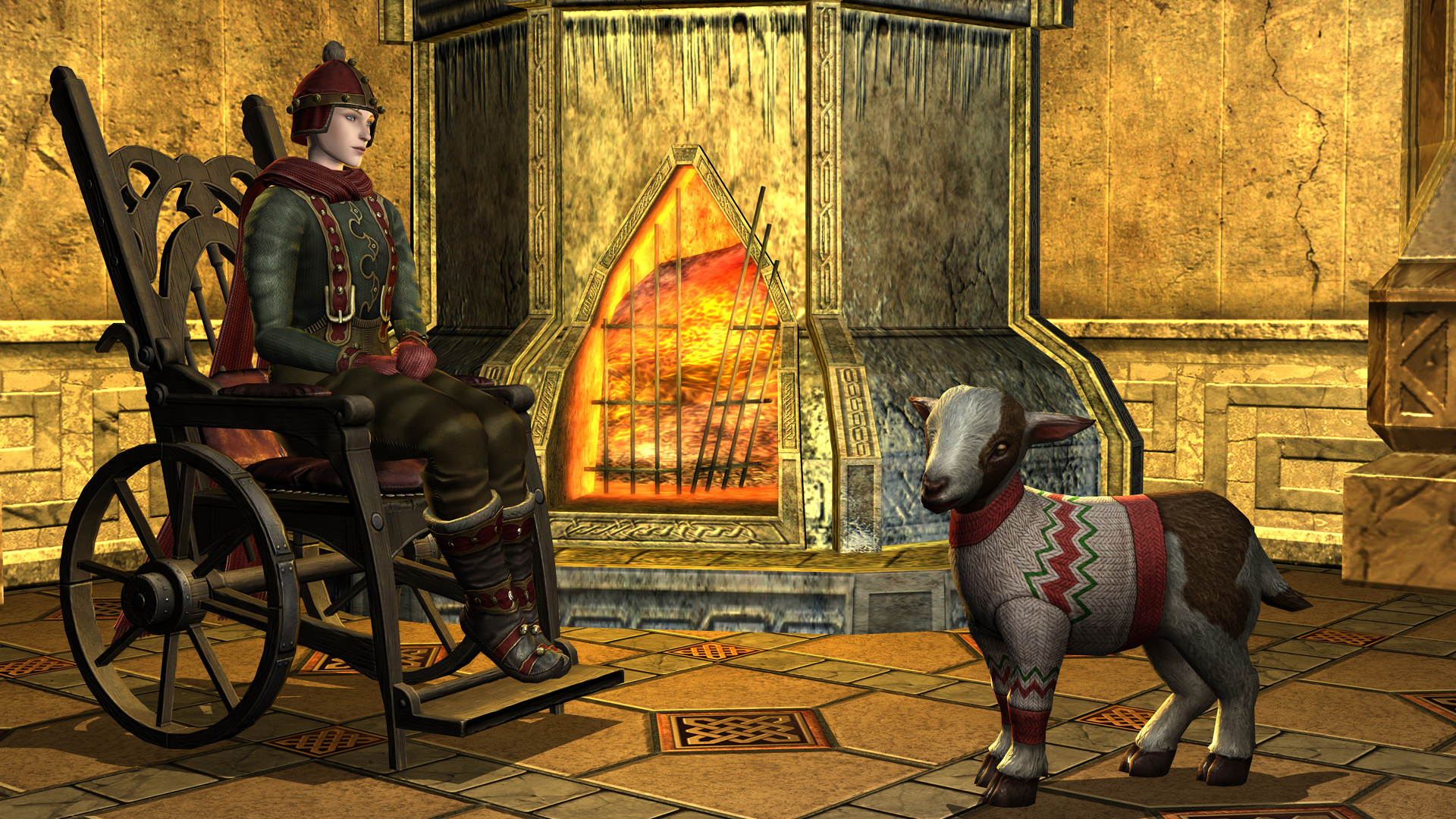 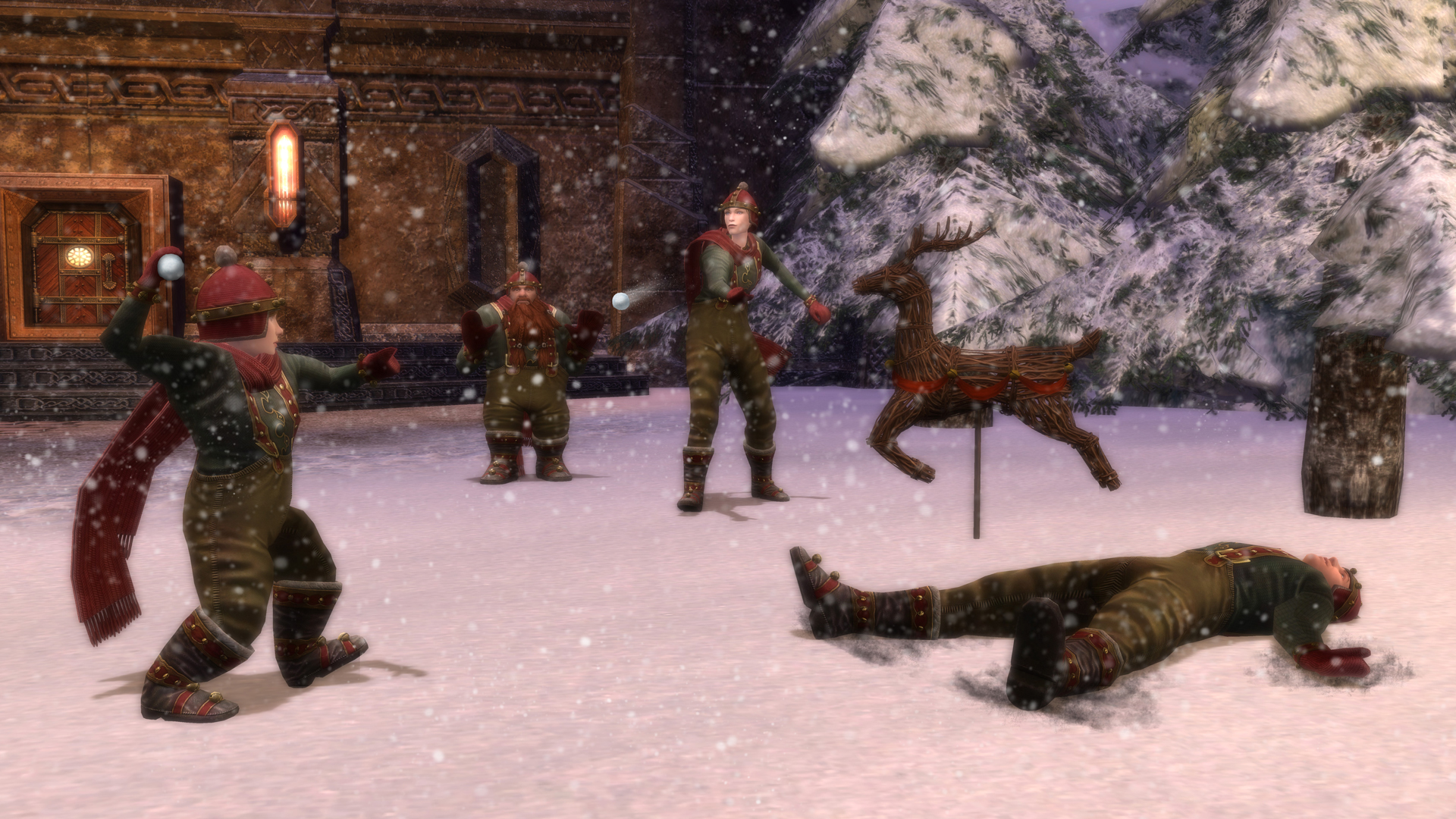 The community has also put together some excellent guides for the Yuletide Festival, including: